Our experienced staff are here to serve you. We’re familiar with the latest trends if you’d like to try something new, but your wishes and requests always come first. 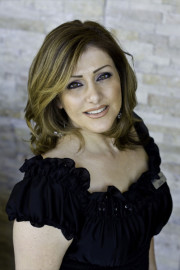 Jaklin is the owner of Chic Hair and Spa. Her attention to detail along with a warm and professional manner are only some of the qualities that draw clients to her. Her leadership and positive attitude make Chic Hair and Spa a place where beauty and well being truly connect. Jaklin has 15+ years experience as a hairstylist. She excels in hair colour and cutting, and her updo's are second to none! But it doesn't end there; Jaklin also performs threading hair removal and make-up services as well!﻿﻿ 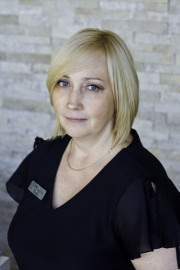 Elena has extensive experience in the hair industry with more than 20 years as a stylist in Russia, England and Canada. Her warm personality and expertise make her clients feel at ease. Her time in the industry has earned her a unique cutting style. If you are looking to add some colour, change up your cut, or perhaps an updo for that special occasion, Elena will find the right style for you.﻿

Andrea has been working as a stylist for over 15 years and has attended training at the Aveda Acadamy. Andrea is an expert colourist and has a keen interest in textured haircuts and creating elaborate updos. Her years of experience have molded her into an exceptional stylist, providing clients with the highest level of service. Her inviting, energetic and outgoing personality has been a wonderful asset since she joined Chic Hair and Spa in 2014. 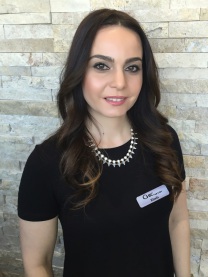 Kinda graduated as an esthetician from Elegance Beauty school in 2011. She has been mastering her craft for the past 6 years, taking pride in providing excellent customer service. Kinda's attention to detail has made her an expert in all aspects of esthetics ranging from manicures, facials and even eyelash extensions. Chic Hair and Spa is thrilled to welcome Kinda to their team of proffessionals. Her warm and gentle nature make her a great addition. 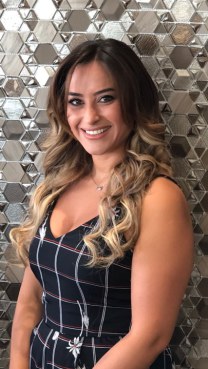 Suzan gradated from Marvel Beauty School as a stylist in 2008, giving her an experience of 10 years in the hair industry. Her warm, outgoing and above all, eye to detail in colouring, updos and cuts is what instantly draws clients to her. Suzan doesn't just stop there, she also provides her clients with threading as well! Having Suzan and Chic has maden an postivie outcome to the team! ​ 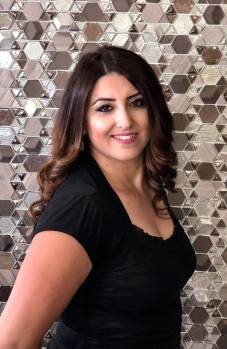 Ranya has been a hairstylist since 2004 in the middle east, she then attended Marvel Beauty school in 2015 and graduated in 2016. After completing her program ranya decided to compete in a hair show competition of all Canada and was rewarded first place in 2016. In the same year Ranya became a member of Chic's team, her eye to detail and dedicatin to each client is what makes her an incrediable asset to our team, not only does she stop at hair but also provides threading to clients as well.